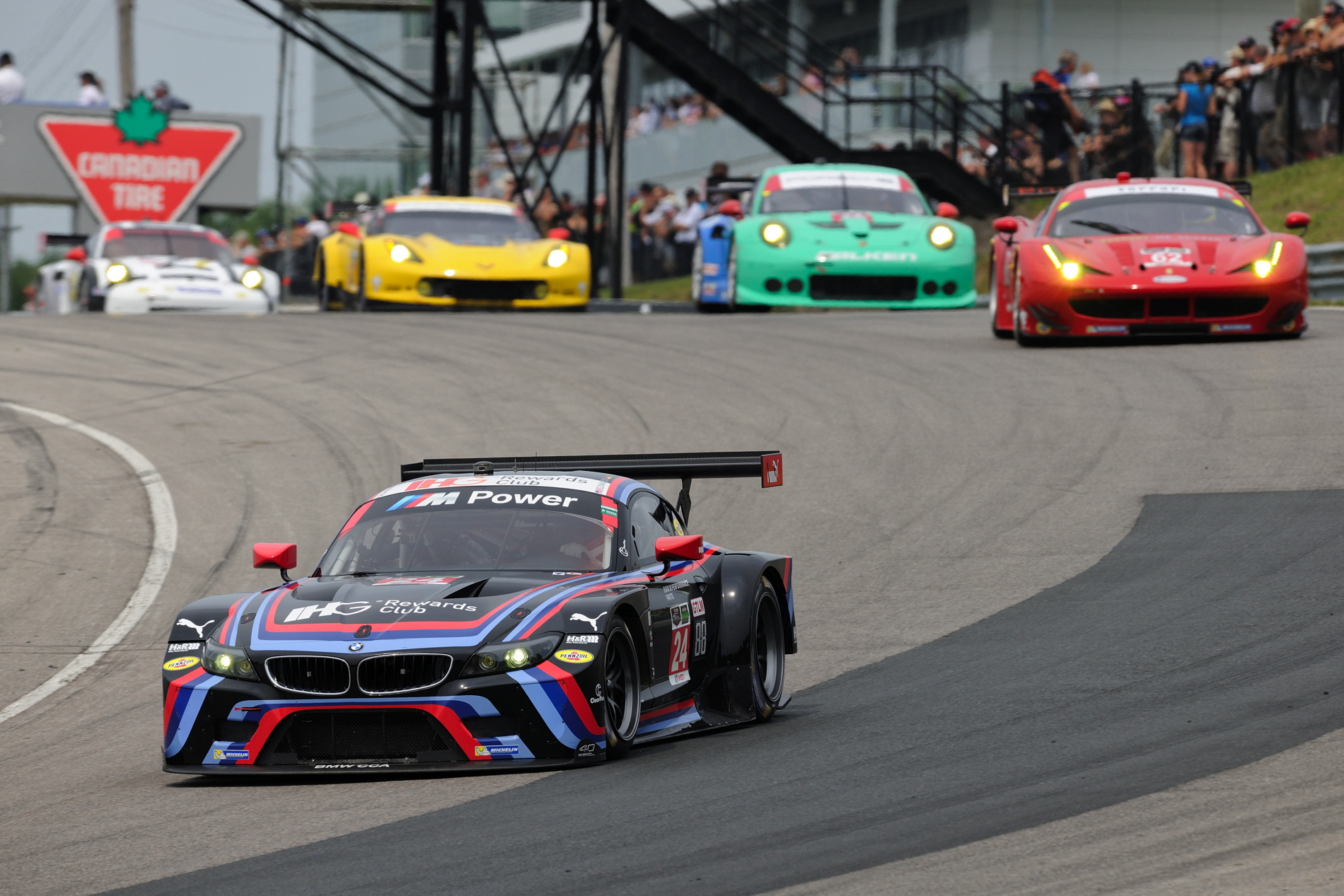 After crashing out at Watkins Glen, our race at Canadian Tire Motorsport Park felt like a crucial one to getsome positive momentum back. However, our BMW Z4 had never been on the podium at Mosport before and the best finish for the M3 GTE was P3, so it hasn’t been the strongest track for BMW in the past.

The weekend also started with another hiccup as we lost the first practice session after Lucas Luhr had an off in our No. 24 car that resulted in some bodywork damage. Although it wasn’t major, it did cost us the first practice, putting us a little behind on setup work. After Dirk Werner had some light contact in the No. 25 car in the second practice, I started to feel like everyone was just driving off to make me feel better about crashing at Watkins Glen!

Dirk and Lucas put our cars 2nd and 3rd on the grid, which wasn’t a huge surprise since we have been able to qualify well here in the past, but struggle during the race. The real test came after our first stop, when the left shoulder belt got folded over and wouldn’t tighten down. We have to at least give an initial tug on the belts before leaving the pit box, so this cost me a couple seconds, which was enough to drop us from P3 to P5. Mosport is a very difficult track to follow close to other cars due to such high speed corners. We are on the limit in 5th gear in 3 different corners, and the disturbed air from following closely to another car causes massive understeer at those speeds.

I was following Wolf Henzler in the Falken Porsche, and was able to find some clean air by turning in earlier to Turn 1, but inevitably his line would always take that clean air away just after the apex, causing me to run wide and really abuse my front tires at the exit. Fortunately, I was quicker in the right places and was always able to close up in the slower corners like T3 and T5. Finally Wolf got a little wide through T5a and I was able to capitalize and get inside him into T5b. With a bad run from being passed, he was already under pressure from the Corvette, which allowed me to get a gap right away.

The Ferrari seemed to be struggling on his tires at that point in the stint, so I tried to be patient and sure enough, he finally got a little off line at the entry to T2, which allowed me to get inside him at the exit. Although that put me on the outside at the entry to T3, I had enough of a run that I was able to sneak past him, elevating me back to P3 and earning back my spot after a bad pit stop.

After the final stop, I came under some pressure from the No. 3 Corvette. Although he seemed a little quicker, it didn’t look like he would be quick enough to make a pass unless I made a mistake. He settled in 1-2 seconds behind me, but turned it up again when we started catching Bill in the No. 25 car, who fell back behind both me and Garcia to P4. Although I was happy to earn the best result for BMW at Mosport, we still have our eyes forward as we have some ground to make up in the drivers’ championship, and more importantly have a slim lead to keep BMW on top in the manufacturers’ championship.