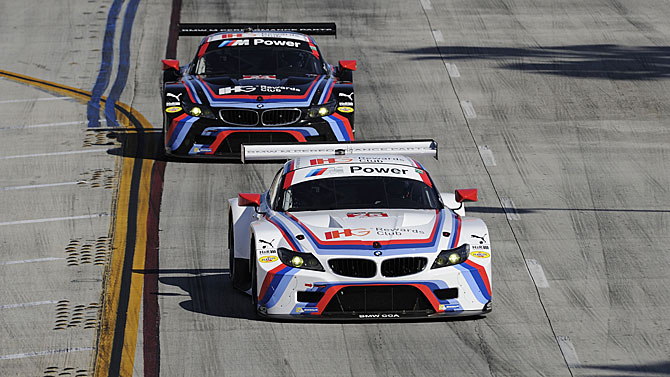 It’s been a busy month! I’m in the middle of my most intense month of travel ever as I bounce between races in Germany and California, with a day or two at home each week.

By now, I’m sure most people have seen the video of the Nissan GT3 car flipping at Flugplatz on the Nordschleife during the first VLN of the season. Although it was somewhat of a relief at first to hear that the driver was unharmed, it is never easy to accept when fans are injured or killed.

The day before the race, I had my first GT3 laps around the Nordschleife and got out of the car feeling giddy at how much fun it was to drive a GT3 car on that track. However, the Nissan’s crash was a sobering reminder of the consequences we face when something goes wrong driving such quick cars on a track like that.

For people not involved, I can imagine it might be difficult to understand why we would go back and race at a track with such dire consequences in an age of enhanced safety.

While I fully support the safety innovations that have been applied to modern tracks, it is difficult to explain just how challenging and rewarding it is to put a lap together, and then to put a whole stint together on that track. There was never a question as to whether any of us wanted to go back.

Fortunately, the 6-hour race ran smoothly and I was able to get some much-needed laps to be prepared for the Nurburgring 24. We finished P6 overall, P4 in class with the 2nd fastest race lap.

After a travel day across the ocean and two nights to get over jet lag, I was back on a plane headed to Long Beach for round 3 of the TUDOR Championship.

Lucas and I were ready for our first podium after a couple of 4th place finishes to start out the season.

The Long Beach weekend started well as we were quick in practice and part of a BMW front row lockout in qualifying. However, the Ferrari won the drag race down to Turn 1 after the green flag flew, and it proved to be a difficult car to pass.

The Ferrari generally has a bit less grip than our Z4, but more power. Although we felt quicker over the course of the stint, there were limited opportunities to make a pass, so I cruised in P3, staying close enough to capitalize if Bill could force the Ferrari into a mistake.

After our pit stop, Lucas rejoined in P2 and ran P3 most of his stint. Unfortunately, he suffered from some brake fading towards the end of the race, which was an issue we had seen in practice.

Ultimately, this cost us a few positions and we crossed the line P5. We were disappointed with our own result after the day had started out so promising, but Dirk Werner had driven a great final stint to catch and pass the Ferrari to put BMW back on the top step.

Although we lost some spots at the end of the race, I think our Z4 has shown that it’s a bit stronger than last season.

I’m looking forward to Laguna Seca, which was the sight of my first ALMS podium with BMW Team RLL in 2013.

But first, I’m back in the Dunlop Art Car for the final preparation race before the 24 hours of Nürburgring. The forecast calls for rain on Saturday, which would be a welcome lesson to learn before middle of the night during the 24 hour!