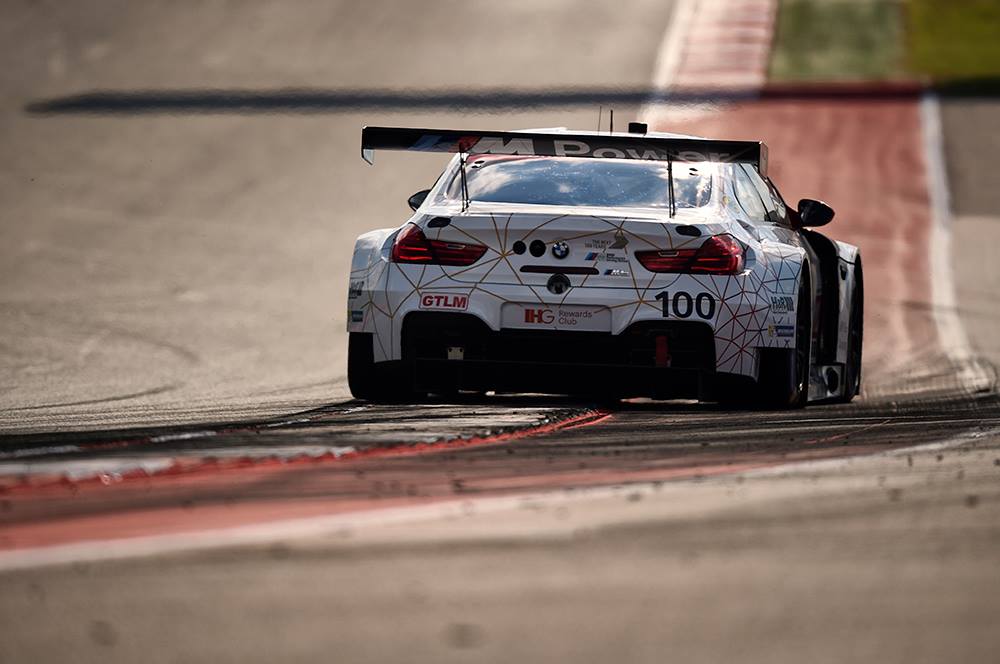 Quotes from a tough race at Petite Le Mans

Sunday, October 2, 2016
Jens Marquardt (BMW Motorsport Director):
“The race in Road Atlanta was a turbulent conclusion to a thrilling debut season with the BMW M6 GTLM in North America. Unfortunately BMW Team RLL missed out on another top result at Petit Le Mans this year. However, two pole positions and three podium finishes in the new car’s debut season is a result we can build on for next year. The whole team, in Munich and at RLL in the USA, worked hard to make use of the experience gained and to improve our overall package, race by race. Thanks for all the hard work and dedication. We will now prepare in detail for the new season – and we will be ready to attack at the 2017 24-hour race in Daytona. A big thank you also goes to our customer team of Turner Motorsport. With its two wins in the GTD category, Will Turner’s crew successfully proved the competitiveness of the new BMW M6 GT3 here in North America.”
Bobby Rahal (Team Principal, BMW Team RLL):
“It is a disappointing end to the year. The 25 car was having quite a good race and maybe could have had a podium, but it had issues at the end. The 100 car got taken out by a Ford GT early on, then we had an alternator failure because of that later on. Everyone worked so hard this year and I feel bad of the team and bad for the drivers as you hate to end it on this note. That is racing. Now we put our heads down and get ready for next year and hopefully have a much better one.”
John Edwards (Number 100 BMW M6 GTLM, 6th place):
“It was a hard race and a hard season. I think we learned a lot about the car this year, but unfortunately we don’t have a lot to show for it. We have a lot planned for the off season in the way of testing. I am optimistic for next year, and looking forward to putting this season to the back of my memory.”
Lucas Luhr (Number 100 BMW M6 GTLM, 6th place):
“The season in a way ended exactly as it had started – with a disappointing result. We wanted to finish the season with a respectable result, maybe even a podium. But this just wasn’t to be. Nevertheless, this is racing.”
Kuno Wittmer (Number 100 BMW M6 GTLM, 6th place):
“The race didn’t go according to plan. The accident with car number 67 was a race changer. Maybe he didn’t expect me defending my position that hard, then he made a mistake. We managed to go on, but then the technical issues occurred. We will come back stronger next year.”
Bill Auberlen (Number 25 BMW M6 GTLM, DNF):
“The car was good at times, but we are just not where we want to be, as we want to be fighting up front. Right now we are not at that point and hopefully we can get better, come back next year and put our footsteps on the top of the podium. Today I am very disappointed.”
Dirk Werner (Number 25 BMW M6 GTLM, DNF):
“That was very disappointing, especially as, until we ran into the problems with our car, we were running strong. We had the pace. Definitely that was not the way we wanted to end the season, as it would have been nice to end it on the podium. The team tried to repair the car, they didn’t give up and showed that they always give everything, but in the end the car could not be repaired in the time we had left.”
Augusto Farfus (Number 25 BMW M6 GTLM, DNF):
“This was the first time since 2011 that I have been here and it hasn’t rained. I think my stint was strong. I had good pace, good fights on the track and made some positions up. It was all looking good. I think Dirk and Bill did brilliant jobs and unfortunately what happened to us is racing.”