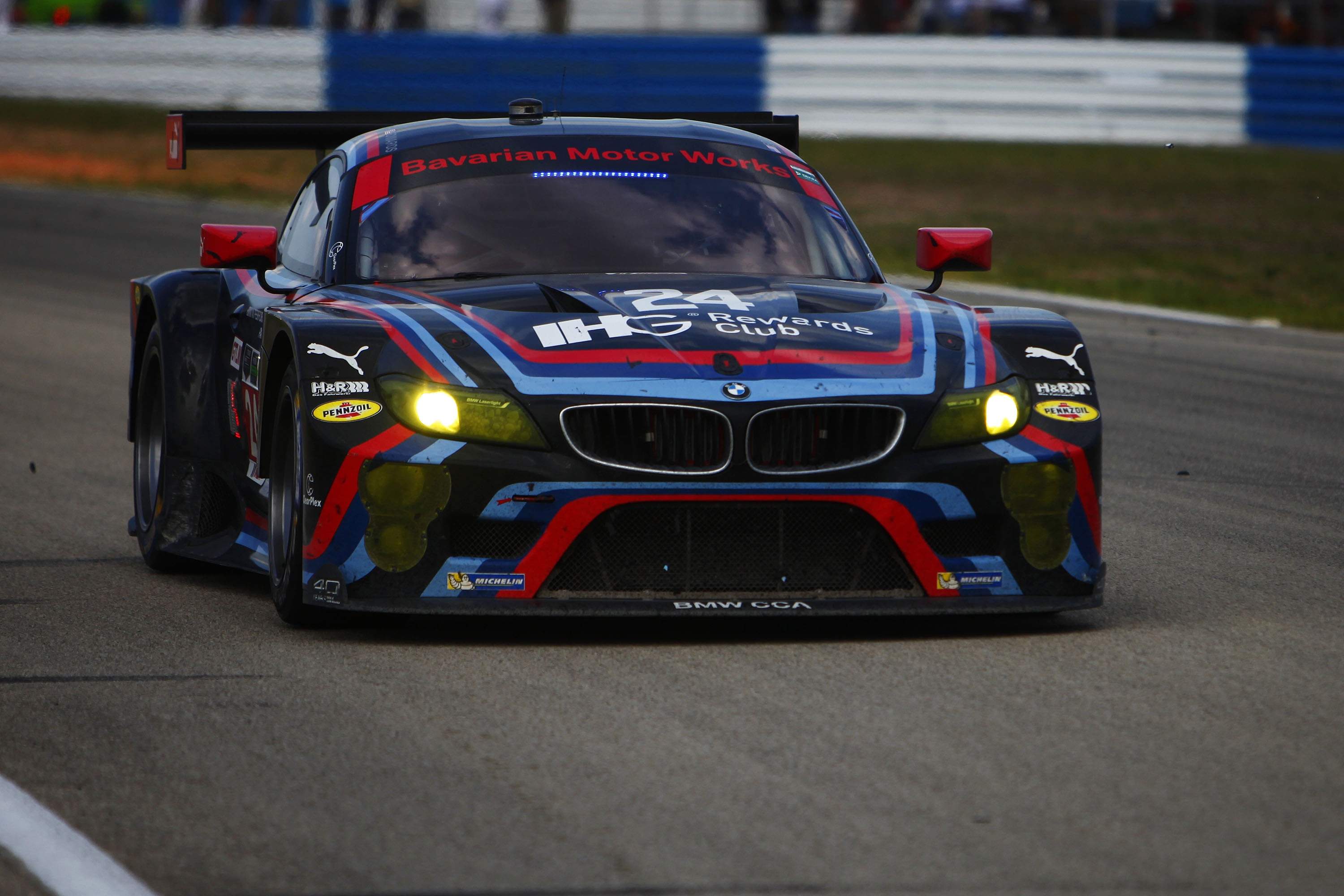 Following an eight week break in TUDOR United SportsCar Championship action for teams participating in the 24 Hours of Le Mans, BMW Team RLL will restart their season at Watkins Glen International, in Watkins Glen, NY, on June 28th with the Sahlen’s Six Hours of the Glen.

Watkins Glen International this weekend will also be the site of the North American public reveal of the new BMW M6 GT3 and BMW M235i Racing cars. The M6 GT3 is BMW Motorsport’s replacement of the Z4 GT3 that has seen so much professional and privateer success worldwide in recent years. The BMW M6 GT3 is currently in the testing phase and is expected to make its racing debut in 2016. The M235i Racing is planned to be made available to North American enthusiasts next year. Both cars will be on display at the BMWUSA Classic display along with the No. 25 3.0 CSL that gave BMW its first motorsport victory at Sebring in 1975 and the BMW of North America sponsored McLaren F1 GTR that raced at Le Mans in 1996.

With two wins (Long Beach-No. 25; Laguna Seca-No. 24) and an additional two runner-up finishes (Daytona-No. 25, Laguna Seca-No.25) in the first four races of the ten-event season, BMW Team RLL sits at the top of the GTLM class Manufacturer points standings by two markers over Chevrolet. The team stands second (No. 25) and third (No. 24) in Team points with co-drivers Bill Auberlen and Dirk Werner (No. 25) and John Edwards and Lucas Luhr (No. 24) second and third in Driver points respectively.

The team shoehorned in a productive two-day test on May 20-21 at Watkins Glen just days before many of the crew joined the RLL IndyCar team for the Indianapolis 500. Auberlen, Edwards and Luhr attended the test. More than 200 laps were run on the 3.4-mile, 11-turn circuit that hosted the United States Grand Prix from 1961 to 1980.

Last year, Andy Priaulx qualified the No. 55 Z4 on the class pole for the six-hour contest, but the team struggled with pace over the longer stints in the race – finishing sixth and tenth.

“Interestingly enough, I wasn’t confident about our abilities at Laguna Seca and yet obviously we had a pretty good result,” said Bobby Rahal, Team Principal. “Watkins Glen is a faster circuit than Laguna but it’s still all about handling so I actually feel somewhat better about our chances. Last year we qualified on pole at Watkins Glen but it was a difficult race for us, we had all kinds of issues with one car and we didn’t finish very well. I think it will be a tough, competitive race but I’m optimistic that if we minimize mistakes we can capture another podium.”

Bill Auberlen, driver, No. 25 BMW Z4 GTLM: “Testing at the Glen is a very important component to success in the Six Hour. The circuit is so long and challenging, with complicated corners like turn five and the Carousel that lead you onto the long straights, you need to understand exactly how to be your best. We have received some balance of performance upgrades this season that have benefited us and we must ensure we make proper use of them at the Glen.”

Dirk Werner, driver, No. 25 BMW Z4 GTLM: “I am very excited to drive at Watkins Glen in our next USCC race. I have some experience there with a win the GT class in the 2009 Grand Am race. I think I will need to get back in the rhythm a bit after not being in the car since Laguna Seca. But then I will, for sure, enjoy this great track. It has a good flow and some nice quick corners. But most important: We will keep pushing for good results!”

John Edwards, driver, No. 24 BMW Z4 GTLM: “Certainly the 1-2 finish at Laguna Seca was an important one for the team, possibly even more so than the win at Long Beach because it showed the performance of the Z4 is now more of a complete package. Watkins Glen is the acid test because we struggled there last season. We have to be solid in every stint and continue to post strong results.”

Lucas Luhr, driver, No. 24 BMW Z4 GTLM: “The Six Hour is always an excellent event – lots of fans and people camping along the circuit. I enjoy racing at the Glen. The team has continued to improve with every race. John and I got our first victory of the season at Laguna Seca and we are working hard for another.”