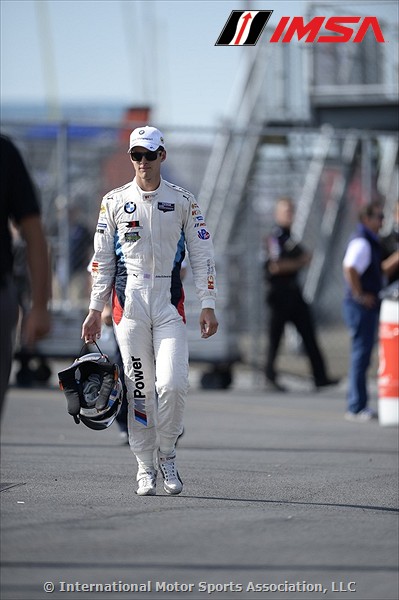 2017  For 2017 John Edwards drives for BMW for his 5th year.  He is teamed with Martin Tomczyk, a seasoned veteran having raced in DTM for the past 16 consecutive seasons and was the DTM Champion in 2011.  The pair are joined by Kuno Wittmer and Nicky Catsburg for the endurance events.

2016  For 2016 Edwards was again teamed with Lucas Luhr racing for the BMW team Rahal Letterman Lanigan in the United Sportscar Championship.   It was a year with a new car and a year of disappointments with multiple DNFs and only one podium finish.

2015  Edwards drove with teammate Lucas Luhr for BMW team Rahal Letterman Lanigan in the TUDOR United Sportscar Championship.  They had a win at Laguna Seca and second place finishes at Canadian Motorsport Park and Road Atlanta in Petite Le Mans.  Edwards also competed successfully in four events at the Nurburgring including the 24 hours of the Nurburgring.

2014  Edwards drove for BMW team Rahal Letterman Lanigan with Dirk Müller in the #56 Z4 with three podium finishes at Long Beach, Road America, and VIR.  During that same year he partnered with Trent Hindman and Fall Line Motorsports team to drive the #46 BMW M3 to the GS team championship title with wins at Laguna Seca and Austin Texas. 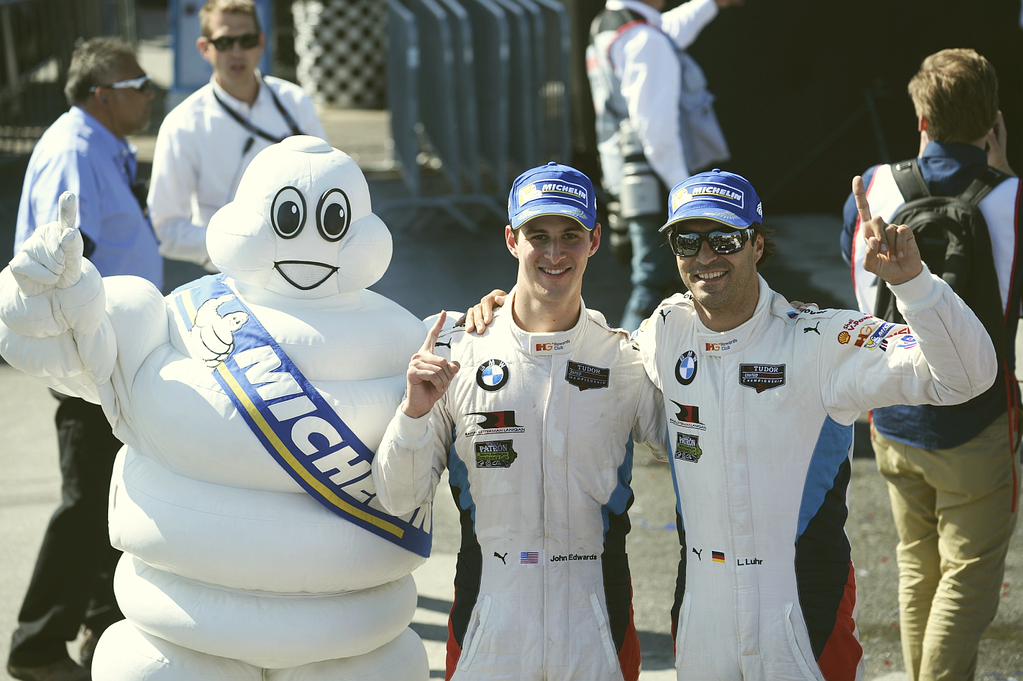 2013  Edwards returned to Stevenson Motorsports, finishing 3rd in the GT championship with co-driver Robin Liddell. The pair ended the season with four wins and five podiums. Edwards and co-driver Matt Bell finished 2nd in the GS championship for Stevenson, with two wins and six podiums.  Edwards also joined BMW Team RLL for a partial season. He and co-driver Dirk Müller took the #56 BMW Z4 to the podium four times, including winning at Lime Rock Park.

2010 - 2012  For 2010 Edwards teamed with Adam Christodoulou in a SpeedSource-prepared Mazda RX-8 in Grand-Am GT. They achieved one win, two seconds and a third in eleven races. For 2011 Edwards joined Matt Bell and the Stevenson Motorsports Team in the Grand Am GS Series, achieving wins at Laguna Seca and Road America.  In addition he raced a partial season with Team Sahlen in the Grand Am GT series, taking the Mazda to the podium several times with co-driver Wayne Nonnamaker. For 2012 he once again raced for Stevenson Motorsports, achieving wins in both the Grand Am GS and GT series. 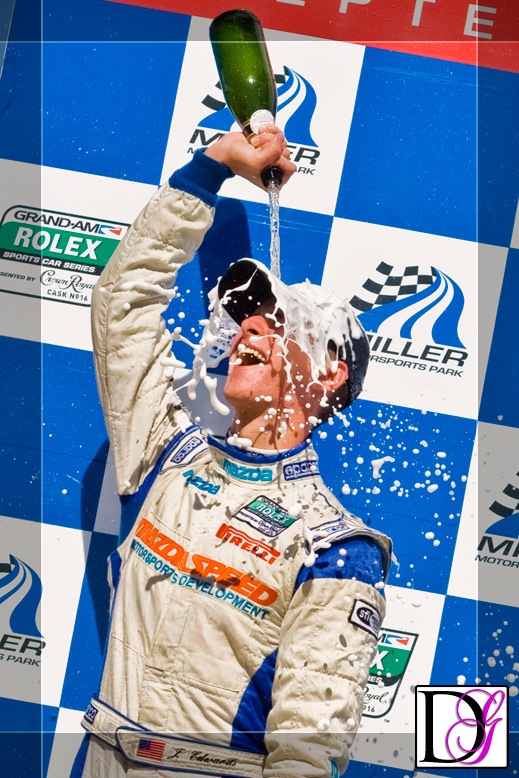 2007 - 2009  In 2007 Edwards raced the competitive Atlantic Championship, another youngest achievement, but a premature step up in class. He had a second place at Toronto, as well as several other top-five finishes,ultimatelyI ending 9th in the championship.  In 2008, he won the Star Mazda Championship.  In spite of missing the first race he secured 4 poles, 8 podiums, and 4 race wins in 11 races. For 2009 Edwards returned to the Atlantic Championship. It was a return of determination as he won a hard fought championship, perhaps the highlight of his racing career.  He finished the season with 3 poles, 4 wins, and 9 podiums in 12 races.

2005 - 2006   In 2005, sponsored by Red Bull, Edwards moved to Europe, first competing in international karting. His early mid-year promotion to Formula Renault resulted in him becoming the youngest to ever hold a FIA license.  After a first year of "baptism by fire" he completed a successful campaign in 2006 with podium finishes at Spa-Franchorchamps and the Nurburgring, and his first European victory at Anderstorp.